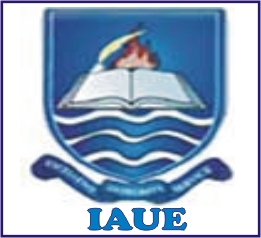 At the Senate meeting of Wednesday February 21, 2018,
the Vice-Chancellor of Ignatius Ajuru University of
Education, Professor Ozo-Mekuri Ndimele had lamented
the poor reading culture among students and added that
no single student was found at the classrooms when he
and other principal officers of the university visited the
classrooms past 10pm.
He also wondered why the university health centre at
that same time was in total darkness devoid of electricity
when the university generator was on.

Professor Ndimele directed the University Librarian to
work out a shift roster for staff of the department to
accommodate the extension of the study time for
students at the library.

The Chairman of Senate reminded staff of the reason why
the staff club was built and frowned at the fact that it is
being underutilized. He encouraged members to interact
, share ideas as well as relax there after the day’s job.

Senate equally gave approval for students of the
University of Ibadan willing to transfer their studentship
to Ignatius Ajuru University of Education to apply for
them to be offered admission.
Council, according to the Vice-Chancellor, has awarded
contracts for the building of postgraduate and
undergraduate classrooms and hostels to cater for the
increasing number of students and the contractors have
been given four months to complete the projects which
would serve as centres for excellence.

The classrooms
would be air conditioned and fenced off with security
men put in place to guard the students at nights while
reading and returning back to their hostels to prevent
molestations by hoodlums.

Senate also reviewed and approved results for
convocation this April.