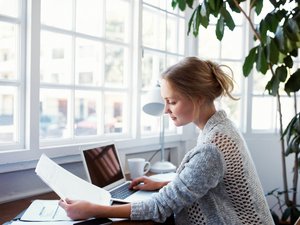 An injection of young blood is necessary to sustain the business
of insurance.
A wave of managers expected to retire in the next few years
combined with fewer young people considering a career in
insurance could result in a shortage of talent in the industry.

Reaching out to college students, even when they’re just arriving
on campuses for the first time, is one way to get more interest
from a younger generation, according to David Chipp, assistant
vice president and wholesale insurance broker at Brown & Riding.

At least, that’s how he got into the industry almost 20 years ago.
A friend who worked for an MGA got Chipp a job and he took the
opportunity because he needed to pay his way through school,
with little to no experience in insurance beforehand. Really, Chipp
said that millennials shouldn’t be worried if they don’t have that
experience since, as in his case, he had skills from previous jobs
that proved useful.
Grabbing the attention of a freshman then becomes critical, as
does holding their interest until they finally receive their degree.

“I think it starts from the bottom with recruiting young people
interested in insurance as they go into school, or also recruiting
on campuses as people are graduating, and letting them know
what opportunities are there in the insurance industry right out of
college with just a bachelor’s degree,” said Chipp.

The company is connected with various schools around the
country, including Ole Miss University. More than 40 employees
call themselves Ole Miss alumni. It helps that Brown & Riding is
big into college recruitment. Chipp personally hired someone out
of college a few months ago who had interned for a retail broker
during his college career, but felt the wholesale brokerage
segment was where he wanted to start his professional career.

“Exposing young professionals to the different sides of insurance
is helpful in them making a decision on where they see their
opportunity to be successful,” he remarked.
Young people might also look to the industry as insurers adopt
modern technology into their businesses and insurtechs
challenge the traditional image of the insurance company.

“Attracting younger talent through technology is a good way to
get their attention,” said Chipp. “There’s a lot of development right
now with software and blockchain being implemented into
insurance to provide better data that can be used for
underwriting and pricing purposes and eliminate some
redundancies in the data that may inflate costs to the clients.”

But it’s definitely on-the-ground outreach that Chipp sees as most
effective in convincing young people to apply for the job.
“It still takes human interaction to get them to the point of, what
is insurance and how can it be a career for me?” he explained.