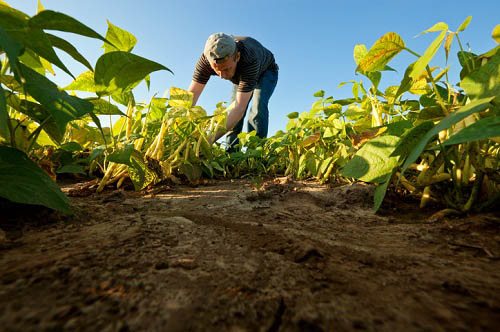 A Kentucky farmer has been indicted for allegedly fleecing insurance companies in a $2.6 million crop insurance scam.

Ronny Jolly, of Paris, Ky., owned rented farmland in several Kentucky counties and was a major producer of tobacco, soybeans and corn.

Prosecutors say that Jolly defrauded insurers by turning in less crop production than he actually had and filing insurance claims based on his artificially lowered yields.

Meanwhile, Jolly allegedly sold the extra crop production under other people’s names or aliases, according to a report by The Lexington Herald-Leader.

He allegedly sold the unreported crop under two different names – including that of his minor son – and
received an insurance payout of $347,191.

Jolly faces 31 charges, including conspiracy, making false statements to the Federal Crop Insurance Corporation and companies it insures, conspiracy to commit wire fraud, money laundering , and purposely keeping his bank withdrawals to less than $10,000 to circumvent reporting rules, the Herald-Leader reported.
The most serious charges could earn him a prison sentence of up to 30 years.

The government wants to take 375 acres of land owned by Kelly and the contents of one of his bank accounts. It also seeks a judgment of $2.6 million.

Kelly is scheduled to be arraigned later this month.