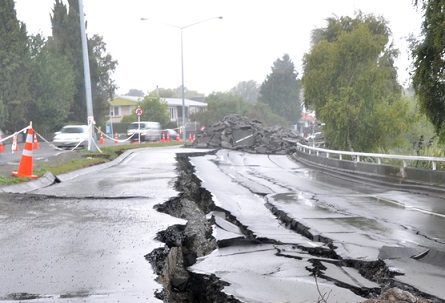 Residents of British Columbia rank earthquakes as the top emergency they’re most concerned about, according to an Ipsos survey commissioned by the provincial government.

About two-thirds (67%) of British Columbians said they’re very or somewhat concerned about the earthquakes, followed by power outage (59%) and severe weather events including snow, wind, and rain (57%).

Data came from an online survey of 1,206 residents in December last year.

Despite the sentiments, the survey found that many British Columbians do not have insurance for their most concerning emergency.

For those with insurance, about seven in 10 residents say they understand their coverage “somewhat well.”

Most admit their knowledge is not extensive, with only 20% to 30% saying they understand their coverage “very well.”

Results also found that a little over half (54%) of respondents said they have drafted an emergency plan, but only 13% said it’s complete.

“Until now, we haven’t had much reliable data to quantify our collective level of readiness. These survey
findings will help focus our public-education campaigns and allow us to set a baseline from which we can
measure progress going forward,” said Minister of Public Safety and SolicitorAç General Mike Farnworth.