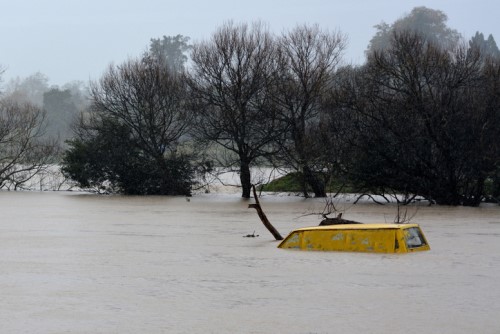 The Greater Wellington Regional Council has released an updated study into flood-prone areas near the Mangatārere Stream near Carterton.

“Although the flood information is preliminary, we thought it was important to make the community aware of it,” Greater Wellington Councillor Adrienne Staples said. “It’s important for the district council and the community to have the latest data on the flood hazard presented by the stream.”

The study, which provides interim flood hazard information, will be vital for the decision making by the district council on regulation, land use and development and for people undertaking private developments.

“Greater Wellington and Carterton District Council’s focus will be on advising people, recommending building floor levels and dissuading inappropriate development that could be at risk from flooding,” she said.

The maps arising from the flood study area finalise a 2014 report for Greater Wellington by Opus International Consulting. They suggest that developed areas in Carterton could be at risk, primarily along the Mangatārere Stream and old river channels, which have flooded in the past.

“Naturally, some people will be concerned about their property being shown in the flood study area,” Staples said.

“We are sensitive to people’s concerns and we’ll be sending out information to explain what the flood study area means and how it could affect them. We also want to involve the community in assessing the hazard in more detail in the next phase and I hope that people will take the opportunities to get involved.”

The council said the work is a precursor to a full flood hazard assessment. It represents a sensible compromise that allows Greater Wellington and Carterton District Council to communicate the potential flood hazard while indicating there is further investigation to be undertaken.

The more detailed flood hazard assessment is scheduled for completion by 2020.

Depending on the outcome of the flood hazard assessment, a floodplain management plan will probably follow to further the flood-risk management.

“We are looking forward to working with Greater Wellington to move towards a more precise model, which will ultimately introduce flood protection to minimise hazard to the community,” hesaid.