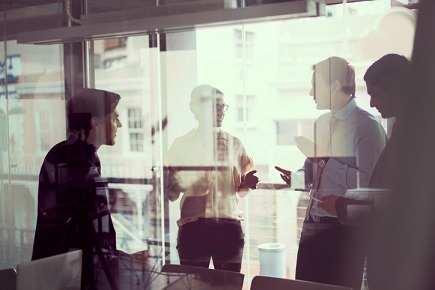 “Just one in 20 SMEs see access to finance as a major obstacle, far behind issues such as red tape, the current economic climate, and political uncertainty.”

These were the words of Stephen Pegge, director of commercial finance at UK Finance, in response to the latest SME Finance Monitor, which is produced by independent insight agency BDRC for the Business Finance Taskforce’s member banks. Here are some of the findings for the fourth quarter of 2017:

About 80% of all loan and overdraft
applications made by SMEs in the 18 months to Q4 were successful.

SMEs named legislation and regulation (15%), political uncertainty (15%), and the current economic climate (14%) as the top three
barriers they face.

Only 5% consider access to finance as a major hurdle.

From 4% in the first three quarters, Q4 saw 7% of SMEs reporting making an application for new or renewed finance.

“This research suggests there has been a recent uptick in demand for finance among SMEs, while banks continue to approve around eight in 10 applications from smaller firms,” said Pegge.

“It is encouraging that increasing numbers of small firms are looking to use finance to grow their business in the year ahead.

“However, most SMEs are still self-funding, with the vast majority not seeking any new external finance in the past year.”

Pegge added that while larger SMEs are more likely to seek financial aid as they expand, it looks like most of the smaller ones are carefully considering their options.