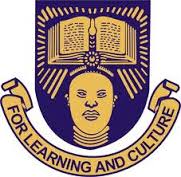 Some students of Obafemi Awolowo University, Ile-Ife, engaged in a free for all fight with officials of security outfit of the institution who tried to forcefully eject them from one of the female hostels, Moremi Hall, on Wednesday evening.

It was gathered that the management of the university had directed the security operatives to go and eject students who were still in school and occupying rooms in the hostels, despite the fact that the institution is on holiday.

According to a source, this led to a clash and free for all fight between the students and officials of the security outfit.

It was gathered that the clash led to the arrest of some of the students who were arraigned in court on Thursday.

Adeyeye Olorunfemi, a student activist said, “The students forcefully evicted are those who are currently doing their SIWES and final year students who are still completing their clearance”

“Some students resisted these and they were arrested yesterday. These students slept at the Moore Police station and this morning they were charged to court located at Ajebamidele”

Confirming the incident, the school Public Relation Officer, Mr. Abiodun Olarenwaju said that student tenancy in the halls of residence came to an end the moment the session end.

According to him, the school had closed for the session since February, but the students have refused to go home. He said, “We are not forcefully ejecting the students.

They are illegal occupant. They paid for a session and they must leave so the university management can do the needful. That is to clean, repair and fumigate the halls of residence. The students are to vacate their residence after examination. The session has ended and they must leave.

At least one half month Mr. Olarenwaju also confirmed the arrest of student saying they were taken in for questioning to ascertain whether they are student or not.