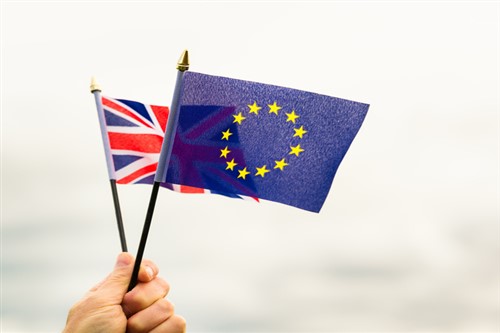 The Bank of England said it
would update banks and insurers next week on its approach to Brexit given that Britain and the European Union have now adopted a transition deal.

“The Bank of England welcomes the EU Council’s conclusion that there should be a transition period following the UK’s withdrawal from the EU,” a BoE spokesperson said on Friday.

“In light of the EU Council’s conclusions, we will.provide an update on our regulatory approach to preparations for EU withdrawal next week.”

Britain’s Financial Conduct Authority also said it welcomed the deal but made no mention of updating the firms it regulates.

Banks and insurers operating in Britain are making changes, such as opening or expanding hubs in the EU, to ensure they can still serve customers in the bloc after Brexit next March.

Financial firms from the EU operating in London are also waiting to see if they can continue as branches or have to convert into subsidiaries, an expensive undertaking.

“Firms don’t want to take unnecessary and costly actions to prepare for an outcome that might never materialize,” said Miles Celic, chief executive of TheCityUK lobby.

“Regulators, guided by the strong political agreement, should grant firms time to wait and see what the final deal will look like before they must take further contingency action.”

European regulators, however, have so far remained silent on whether to reassure banks it’s business as usual during the transition period, meaning they don’t have to rush Brexit plans.

The European Central Bank, which regulates the main lenders in the euro zone, has repeatedly urged banks in Britain to speed up license applications for EU hubs to avoid being stuck in a bottleneck before Brexit Day.

EU leaders approved on Friday a “standstill” transition period to end 2020, but some European regulators have noted it won’t be ratified until much later in the year as part of a wider withdrawal agreement, which could be derailed by other issues such as Britain’s future border relations with Ireland.

The financial sector wants regulators in Britain and the EU to say they don’t have to fully implement Brexit plans by next March and that cross-border insurance and derivatives contracts remain valid.

“It will now be important to have clarity from regulators as to their expectations in light of the agreed transition period,” Simon Lewis, chief executive of AFME, a European banking industry body.

Chris Cummings, chief executive of Britain’s Investment Association which represents asset managers, wants regulators to clarify how they will interpret the political agreement on transition.

“This means holding substantial discussions on regulatory cooperation agreements so firms know they can continue to serve savers and investors across Europe through Brexit and beyond,” Cummings said.

AFME’s Lewis said the current withdrawal agreement draft does not address continuity of cross-border contracts, access to market infrastructure like clearing
houses, or ensure the flow of data between Britain and the EU.