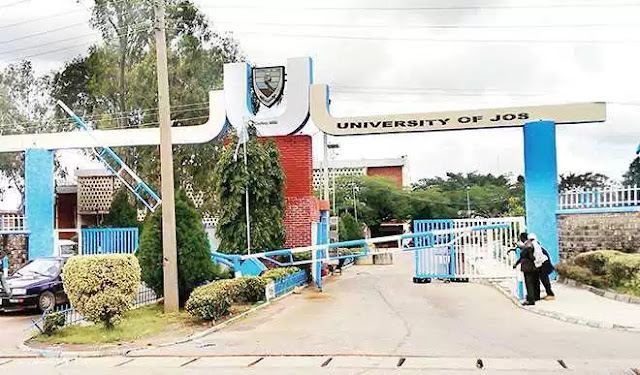 The Ambassador who applauded the Vice-Chancellor and the University Administration for the warm hospitality and strong support to the Chinese Community in Jos, described UniJos as a prestigious Institution and said Nigeria is a great nation. Dr. Pingjian noted that Nigeria shares so many things in common with China like the Independence Anniversaries of both countries on 1st of October, both countries being the most populous nations in their continents (Africa and Asia) and both countries being the largest economy in their continents.

The Chinese envoy disclosed that his country is currently projecting a blue print of understanding and cooperation with Nigeria in the educational sector where both countries will continually collaborate in exploiting Educational opportunities for Research and Development.

According to the Ambassador, China is determined by its Vision 2020 to eradicate poverty by 100% and stressed that this can only be achieved when the citizens are educated. He therefore charged Nigerians to accord priority to Education and said a Nation will only prosper when its young people thrive. He assured that China would explore a variety of opportunities with the University as requested by the Vice-Chancellor.

Speaking earlier, the Vice-Chancellor, University of Jos, Professor Seddi Sebastian Maimako commended the Ambassador and the Chinese community for their interest in the University and finding Josites worthy of being awarded Scholarships. Professor Maimako charged the recipients to reciprocate the gesture by being worthy Ambassadors of the University and making the best use of this rare opportunity.

The Vice-Chancellor informed the Ambassador that the University of Jos is a multi campus Federal University with many faculties and Departments housing over 30,000 students.

Professor Maimako also used the opportunity to request the Ambassador to extend their benevolence of the scholarships to postgraduate students and to open windows for Exchange Programmes at Undergraduate and Post-graduate levels where both Institutions can tap from each other’s experience.

He also called on the Chinese Government to further deepen its relationship with the University by establishing a Chinese Resource Centre for collaborative Research especially in the area of Phyto-Medicine and congratulated the Chinese Ambassador and all the citizens of China on their President’s re-election for a second term in office.

Responding, on behalf of the Awardees, Bobai Casmir Ninyio, a visually impaired 300 level Student of the Department of Special Education thanked God and the Chinese Ambassador for the rare gesture and pledged on behalf of his colleagues to make the best use of the opportunity.

High point of the occasion was the presentation of the Scholarship awards worth One Hundred Thousand Naira each to the Forty-Seven (47) Students, several of whom are physically challenged.