ASUP-BD Fail to Reach Resolve With Rector of Federal Polytechnic Bida « Mummy Insider
" class="main-header">
Mummy InsiderGet Top Tips On Sugar Mummy Affair And Top Dating Sites
Mummy Insider
The Academic Staff Union of Polytechnics, Bida Chapter failed to reach a resolve after their meeting with the management of the school over unpaid allowances. 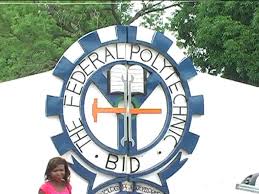 ASUP-BD embarked on a warning strike on Tuesday, 3rd April, 2018 over the management’s failure to pay allowances which are months due.

The strike turned indefinite as the union was unable to come to terms with the management of the Federal Polytechnic Bida.

Aside unpaid allowances by the school, the rector of the school, Alhaji Dzukogi faces a hard time as the union has filed a petition to the Independent Corrupt Practices Commission(ICPC) and the Economic and Financial Crimes Commission(EFCC) over fraudulent activities before the Rector’s appointment and during his tenure.